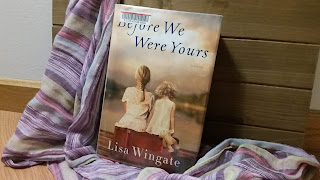 Before We Were Yours by Lisa Wingate is one of my favorite reads for the year so far. Based on a true scandal out of Tennessee over half a century ago, the story is heartbreaking. The mystery of who Mae and Judy really were kept me guessing until closer to the end. I did find the romance angle a little cliche but if I ignore that part, this is a 5-star book (4 1/2 when considering the romance).

Another audiobook by Janet Evanovich made my list this month: Plum Lovin'. This was a great choice for a road trip since while there were multiple storylines, none of it was complicated. I didn't really like how the narrator approached some of the voices, but the three CD's made my twelve hours on the road pass much quicker. I enjoyed seeing Stephanie hold her own in a different setting than the usual bounty hunting.

I also read a co-written book by Evanovich and Lee Goldberg The Job, the third book in the Fox and O'Hare series. I'm really liking this series following an FBI agent and the crook she's been paired with. There is a good mix of snappy banter, glamour, suspense, and unique characters along with a low body count especially of people I care about making it to the end alive.

A really quick fun read was Grumpy Cat No-It-All. I believe this was also the favorite reading choice for my sister's cat. 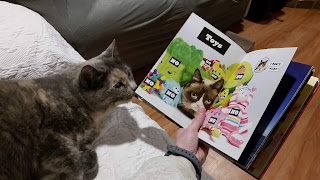 Popular posts from this blog

April 30, 2019
I am currently in the editing stage of the third book in the European Tour Trilogy. My process involves printing out a copy and reading through it for major issues and hopefully catching some typos and grammar errors although that is not the main goal yet. As I was playing around with one segment of a scene, I thought it would be fun to show you the original and then compare it to the revised one (which might still not be the final one!)

Original
“Not as gorgeous as you,” Vivian smiled, reached up to take his hand as Marcus stepped into their seat. Lucy felt his lips tighten but managed not to grimace. At least she thought her expression stayed neutral.                 “You missed the train for a guy?” Aubrye called back up, the disapproval staying out of her voice but clear on her face. However, both Vivian and Corinne were facing the front of the bus and missed the look.                 “Daniel was so interesting!” Corinne gushed. “He’s traveled around the world, and …
Read more

Everything AND the Kitchen Sink 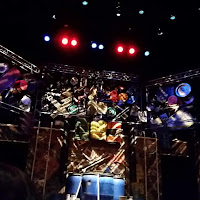 I first heard of Stomp years ago but attending a performance was one of those secondary bucket list items. You know, the activities that sound neat and you'll do them if the opportunity comes up but you won't go out of your way to make it happen?

Two weeks ago I had the opportunity to see Stomp at a theater in DC with an acquaintance, and I have to say that this is a show that needs to be on the bucket list of anyone interested in musical performance. For those of you unfamiliar with this group, they are percussionists who utilize anything but drums pretty much to create music.
Our show started with a solo performer pushing a broom across the floor, but soon the stage filled with seven performers each wielding a broom in a series of charged movements. This number was only the first to amaze me with the athleticism of the cast. (I seriously found myself wondering how their legs were able to endure the beatings they took night after night without anyone suffering from shin splin…
Read more 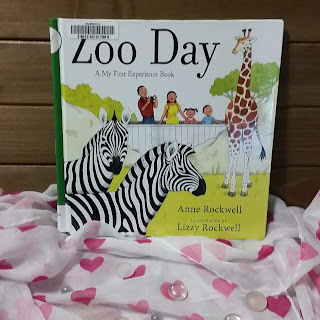 The second part of February had several good children's books reads as I continue on my quest for 2020.

Baby Bedtime by Mem Fox & Emma Quay made my five-star list and received its own blog entry. Just a heartfelt story.

Zoo Day: A My First Experience Book by Anne Rockwell was an easy read about a young boy and his sister's first trip to the zoo. While the words and illustrations were decent, I am more excited about the options for enrichment activities related to this book. Only a few pages in is a map of the zoo. Ask the young reader where he or she wants to go first. After reading, have them draw their own maps (buy animal stickers ahead of time for a different creative approach). The boy says that he is a little afraid of the lion's roar. Find out which animal makes your reader nervous. Wrap up the reading by asking what souvenir he or she would like to take home to remember a day at the zoo (I love how the book adds in the reminder that the animals have to stay at th…
Read more