2020 has been a year. My creativity took a major hit, but I do have one writing accomplishment that I am very excited about from this year. I wrote a short story titled Second Chance Run and it was accepted into an anthology with twenty-five other authors! It has been an amazing experience, and I have loved getting to know the other authors a little bit. I am also loving reading the stories in the anthology :) I want to get back into blogging in the new year, so I've decided to introduce each of the stories but not in a traditional "this is the synopsis" book review. More of me just pointing out a few pieces that stuck with me. So get ready to see some quick reviews from the love stories in Sweet Romance: An Anthology over the next few weeks!
Post a Comment
Read more

December 2017. I sat at a booth in an Eat 'n' Park and caught up with a friend on our life over the last year. At the time I was still smarting from my two failed attempts to break the four-hour mark in a marathon. Although my friend encouraged me to look at the positive--I did run TWO marathons within five weeks after all--I couldn't shake the funk of having put in months of training and not being successful in my goal. February 2018. My sister informs me that the Marine Corps Marathon--one of the few races at that distance on my wish-list--is changing their registration. Every other year it had been lottery-style, but this year there would be a fifteen-minute window when anyone who registered (and paid the fee) would be an automatic entry. The only catch? That window was in the morning when I was supposed to be interacting with a classroom of Spanish students. Registration day arrived--and with it a school cancellation. I was amazed at this moment working out, but this wa
Post a Comment
Read more 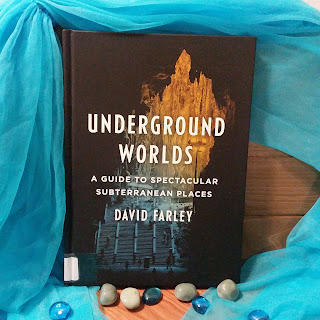 What did you read in April? I will be honest, I have not read as much during this quarantine/stay-at-home period as I originally anticipated. Still working full-time is part of that, I suppose. However, I did get several books read in April, and here are three of the ones I enjoyed more. Where the Crawdads Sing by Delia Owens was my book club's choice for April. Although that meeting has been pushed back to June now, I'm really glad I had the chance to read this novel. The author did a great job of sliding between the two timelines. Sometimes it was frustrating to get pulled away from one timeline just as new information was revealed or deeper connections were beginning to build, but that's one way of knowing you're becoming invested in the story. I will say that I did not connect personally to the main character Kya, but for this book that worked. Normally if I can't relate to the main character in some way, I don't care as much what happens to them. Kya'
Post a Comment
Read more

May 10, 2020
Being a Spanish teacher, I am always looking for online resources to support my students especially these past two months when all instruction has been done virtually. Here are three sites that have been helpful for language practice. They are all free (or have large portions that are free) and the first two address multiple languages. Plus, they aren't just written vocabulary or grammar practice; there are also opportunities for reading and listening practice too. I've used these sources for both myself and my students. Hope you enjoy! Duolingo : available through a web browser or as an app, this free website has dozens of languages to practice from the most popular Spanish to less-studied Dutch, Hebrew, and Swahili and even the fictional Klingon. Each lesson is short, most little segments taking me less than five minutes. Lessons focus on specific topics although will pull from previous vocabulary (also sometimes unexpected like when the word "duck" popped up
Post a Comment
Read more

April 12, 2020
It wasn’t supposed to be like this. When the virus first appeared on the West Coast, the cases seemed far away. Northeast Ohio was insulated, safe from any major problems. Even the first patients diagnosed in the state didn’t raise huge alarm. Then like dominoes everything fell. In less than a week schools went from normal functioning to shut down, access shut off not just to the buildings but also all activities.                 My heart aches for all the students who are losing a season no matter the sport. My senior year I watched the first two track meets from the sidelines after injuring myself at the first practice—completely self-inflicted from pushing far too hard after a winter of inactivity. I worked hard that spring to rebuild and get back to where I had been at the end of my junior year. The week of districts I was on track to finish my season with my best time ever. Tuesday night prelims ended up being cancelled; we didn’t have the numbers to necessitate the qualifying
Post a Comment
Read more

March 16, 2020
I am a teacher in Ohio who is now one of many teachers facing several weeks of teaching online instead of being in my classroom. I'll be honest, Friday was the most surreal day of my 16-year career. I feel off-kilter but have started working on developing ways to help my students continue developing their Spanish skills. One resource that I've seen appearing on social media several times is this entry from Travel and Leisure about museums with virtual tours . My Cultures class has visited the main art museum in Havana, Cuba, but I am looking forward to giving my students the opportunity to explore other famous sites. I have visited some of the twelve featured museums from this list in real-life too :) British Museum (London) National Gallery of Art (Washington DC) Musee d'Orsay (Paris) I walked past the Uffizi Gallery but that is a museum visit for a return trip to Florence So which one of the museums from the article do you plan on virtually visiting in the
Post a Comment
Read more 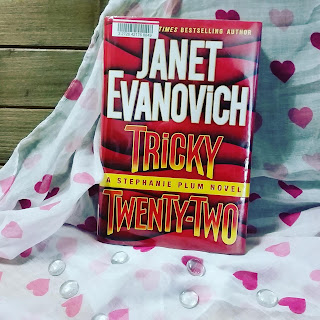 Four more books made it to my finished list this month. Unfortunately my read for my book club did not make this list. I have stalled out about halfway through it at the moment but am determined to finish it some time in March... My first completed read for February then was  Tricky Twenty-Two by Janet Evanovich. I'm really enjoying this part of the series and Stephanie's adventures. I'm not a huge fan of love triangles, so I like that things with Morelli seem to be settling. Hidden Love by Cara Putnam. With geocaching as the background, this novella mixed elements of romance and suspense. While it did feel too short and not as fully-fleshed out as I would have liked, it is the best geocaching story I've read so far. Sweetly Seeking  by Sarah Dickey is a physically gorgeous book. The pages were gorgeous with their mixing of photographs and design elements. The message was inspirational but at times began to feel repetitive. And Then You Die of Dysente
Post a Comment
Read more
More posts